Get great videos with honest wisdom and a free download of Joelyn Lutz & Bill Royal's latest song called WE ARE LOVE. 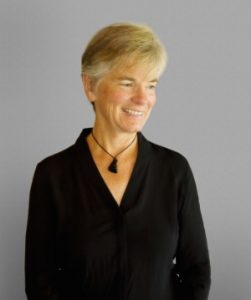 Joelyn Lutz is a singer/songwriter and performer on the beautiful central coast of California. With over four decades of musical enterprising, ranging from lead guitarist in an all-girl rock band to teaching vocals and guitar, Joelyn has plugged into the music world in every imaginable variation. Performing for spiritual centers up and down the central coast and playing in bands spanning every genre, Joelyn’s music embodies a rich fusion of rock, country, jazz, rhythm and blues and latin character.
Like a phoenix rising from the ashes of destruction, Joelyn’s new album Just Breathe was preceded by an inconceivable period of loss in the songwriter’s life: the sudden death of a sister, the suicide of a brother, the end of a marriage and the loss of a beloved family dog – all in the span of a year. From the grief and darkness sprung the healing messages in Just Breathe. With song titles such as Grace, Give Out Your Love and I Matter, Joelyn’s words echo both the uplifting sentiment that we each hold powerful gifts for planetary healing. She’s also purposely mastered her songs in the natural healing tone of 432 hz (which is known as the vibrational healing tone of our planet).
Joelyn suggests you enjoy the musical textures and gusty, sultry vocal stylings by listening with earphones or ear buds. With eyes closed and with multi-layered sounds routing directly to the brain, absent of outer world distractions, connect with the feeling of who you are and why you are here. Just Breathe has been created to remind us why we are on the planet, how we can make it a better place and that there are no accidents. We Are The Ones We’ve Been Waiting For!

Copy and paste this code to your site to embed.

Get great videos with honest wisdom and a free download of Joelyn Lutz & Bill Royal's latest song called WE ARE LOVE.